On November 4th, I ran my second fastest marathon to date, despite some foot pain and lots of stomach issues. I finished the race slightly disappointed in my time, but proud of myself for fighting through adversity to a strong finish and even prouder for managing to have fun some fun along the way. A few hours after the race, I had done some processing and reflecting, and I decided I was content with the result of the day, but the fire inside of me was burning brighter than ever. I knew I needed to take some time off, and was looking forward to doing so, but at the same time, was eager to run again with sights set on big goals in the spring.

I took a full week completely off after the race before going for a 10 minute jog with my puppy one day. To my surprise (and dismay), the foot pain I’d experienced on and off before New York and then significantly during the race, had not resolved itself during my week of rest. For the first time, I realized I might actually be injured.  A week later, I found this to be true, receiving my third stress fracture diagnosis.

I experienced a range of emotions over the next few days, most significantly, frustration at feeling like I should have known better, but overall I coped pretty OK. Fortunately, a number of running injuries, including the previous stress fractures, have taught me lessons in patience. In addition, I am lucky to have a tremendous support system, including the Lane 9 community and my coach, to lean on when I felt defeated. At times I felt like it was my fault, but I knew deep down that I trained smart and treated my body as well as I could have.

So let’s fast forward. It’s now the middle of January and I can confidently say that I am fully on the mend. Progress started slowly. Very slowly. But now I am beginning to feel like I’m gaining momentum. 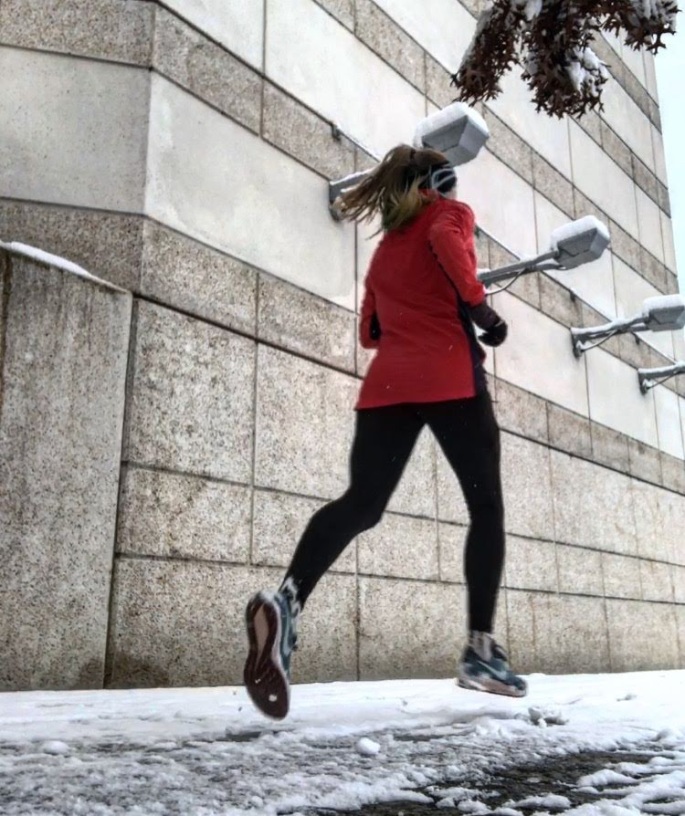 It began a month ago, December 23rd to be exact, with 15 minutes of 1 minute running, 1 minute walking. Those 15 minutes were incredible. I was just so grateful and thrilled to be outside again, moving my body in the way that I love. From there, the running increased slowly and the cross-training days became less frequent. But as I began my third week of running, frustration began to sink in. I was finally starting to run continuously, without the walk intervals, but it felt slow and hard, and like I wasn’t making any progress. I was quick to get down on myself and started to wish I did not have a spring marathon on the horizon. But each time I let the doubt creep in, I forced myself to take a deep breath and practice patience. I reminded myself that I’ve been here before and chances are, I’ll be here again.  Progress will come in due time, but fitness cannot be rushed, especially if I hope to remain injury free.

I am nowhere near where I hope to be come April and honestly, I probably won’t reach peak fitness by then. But on Saturday, I had the best run I’ve has since that race on November 4th. For the first time in months, running felt smooth, natural, and dare I say…fun! I even felt a little fast again. Sunday, was the opposite and I felt slow and robotic as I surged into a strong headwind, but I kept Saturday’s run in mind. I tucked away that memory of feeling good on the run and reminded myself I’ll feel that way again soon.

I’ll have my first mini-workout this week and no matter how it feels, the fact that it’s on my schedule at all is a testament to how far just one month has brought me. I’ve still got some cross training on the schedule, but Saturdays are getting longer, hill strides are getting easier, and my pace is getting just the slightest bit quicker. Progress is slow, and it’s not linear, but damn does it feel good.